When you listen to blues, you can’t have bad intentions. 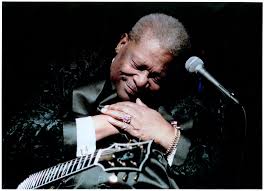 which are typically aimed at pleasing the lazy. That is, of course,  the minimum necessary for good quality recording.

This kind of music is blues.

Its name can be translated as “sad” … But it’s not the sadness of former slaves after the abolishment of slavery. We may find it odd, but there are people who experience sadness for different reasons than we do- and their silent sadness causes them to become stronger.

It’s a unique type of sadness, entirely different. They don’t fight it off, they take delight in it, they dive into it like a stormy river, like diving into an abyss.

To be reborn again.

It’s the sadness we feel when we think about wide distant world and mortality of human loneliness, loneliness which we sense even when surrounded by the crowds of people we are close to. It’s the sadness of eternal questions, answers that have never been given and which are never to be found. The sadness of life and inevitable death.

The sadness of love that everybody seeks, finds and loses foolishly again.  The sadness about the feebleness of the world and our quest to give it  meaning.

The sadness about what can’t be explained in words, what can only be sung,

And there is a joy in that sadness.

If Chopin were alive – he would play blues, because he played a similar type of music during his life. Wasn’t his music named żal* ?   Żal-the one and only word from all world languages, not easily translatable into any other language.. a word that has a music depth in it.

Unfortunately, Chopin is not among the living anymore and we will never see how he could play the blues.

While Chopin was the king of the piano –  B.B. King was the real king of blues. And while after Chopin there was nobody who could take his place, there will be no one who would dare to take  B.B.King’s throne, the throne of the king born in an entirely distant world, in the mid 20’s , at the heart of slavery in the South, in the state of Missisipi.

B.B. King was raised in a world, where a black person couldn’t enter a cafe unless either as a cleaner or as a musician. And he chose the latter. But didn’t Chopin make a similar choice when he opted for eternal emigration and his music as a shelter from the evil of the occupier?

The world of the piano king and the world of the blues king were born in societies in which people were hanged for wanting to exercise their right to freedom. Both of them tried to fight that world off through their music. What Chopin started off–  B.B. King has completed. The King of blues rose to the peak of his fame and saw how the universe was falling apart in time with his music. He saw how people became ministers and presidents. He saw how grandchildren of slaves were becoming writers, bankers, judges and army generals.

He saw how the impossible becomes possible and, in the same way as Chopin, whatever he saw he was „telling” through his music. His own and unique music.

I don’t know what awaits us, someday we’ll see, provided we get to live long enough. I don’t know– because the world is steered by changes and the changes are altering the world rapidly.

Maybe we’ll see the day, when today’s leaders will play the blues?

I don’t know, what kind of world it will be by then. But definitely a better one…